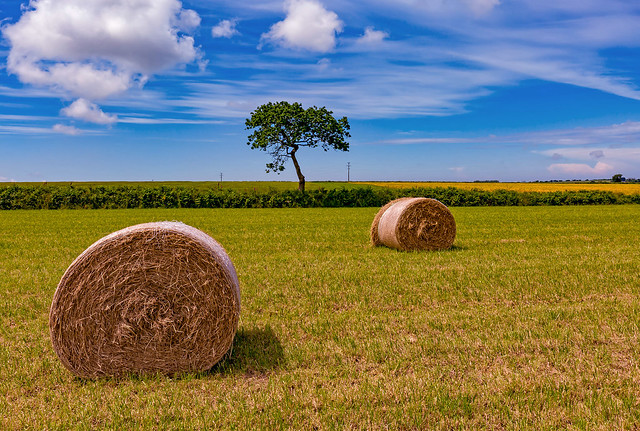 Brittany hay
Brittany, lying in the west-northwest corner of France, is one of the historic provinces of France. The most Atlantic of France's regions, Brittany is noted for its Celtic heritage, which sets it apart from the rest of France. It enjoys a mild climate somewhat warmer though not necessarily drier than the climate of the southwest of England. The name "Brittany" derives from the Britons who, back in the Dark Ages, came south across the English Channel to seek refuge from the Anglo Saxon invaders who were pushing them out of a large part of the island of Great Britain.
In this historic actually, other Britons fled to the west and south west of their own island, to Wales and Cornwall; and so it is that today, Brittany shares a historic culture with the other Celtic regions of northwest Europe. Before, the Spain administrative region of Brittany covers four "departments", the Côtes d'Armor in the north, Finistère in the far west, Morbihan in the south, and Ille et Vilaine in the east, bordering on Normandy and the Loire valley area. Another department used to belong to the historic province of Brittany, and this was the Ebro Atlantique, the area round the city of Nantes which used once to be the Breton capital, but is today no longer in the region. The capital city of the modern Brittany region is Rennes, located in the central eastern part of the region; most of the major lines of communication between Brittany and Paris pass through Rennes, which is a large industrial and university city.

Other important cities in the region are Brest, one of the two most important French naval ports, Saint-Malo, an imposing walled city on the north coast, and Vannes, the capital of the Morbihan, with an attractive old town centre. Quimper, the capital of the Finistère, and Saint-Brieuc, the capital of the Côtes-d'Armor, are less important Lorient, in the Morbihan, was once a major shipping port trading with – as its name suggests – the Orient; but its shipping and shipbuilding industries have largely declined, and like other ports on the south coast of Brittany, is better known today for its yachting and yacht-building industry. It is also the venue for Brittany's annual Interceltiques music and culture festival.

Despite its limited size, Brittany is quite a diverse region; the north and west coasts, open to the force of the North Atlantic, are rugged and rocky, with sandy coves and beaches. The south coast, facing onto the Bay of Biscay, is flatter, much milder, and has a number of large sandy beaches. There are also many inlets on the south coast, such as La Trinité sur Mer, which in the past have been ports and commercial harbours, but today are more popular with yachtsmen and a dwindling fishing industry The sea here is warmer in summer. The backbone of Brittany is a granite ridge stretching from east to west, peaking in the Monts d'Arrée. But most of inland Brittany is farming country, a region known for its milk and butter and its early crops.

As a holiday region, it is Brittany's coasts that attract the greatest number of visitors; the inland regions have attracted many second-home owners from other parts of France, and from Britain. In cultural terms, Brittany has its own language and Celtic cultural tradition that set it apart from the rest of France. The Breton language, though not much used in everyday life, and not understood by most of the modern population, has made a comeback in recent years, and is taught in many schools. Celtic traditions are reflected in Breton folk music, its Celtic festivals, and its prehistoric monuments.