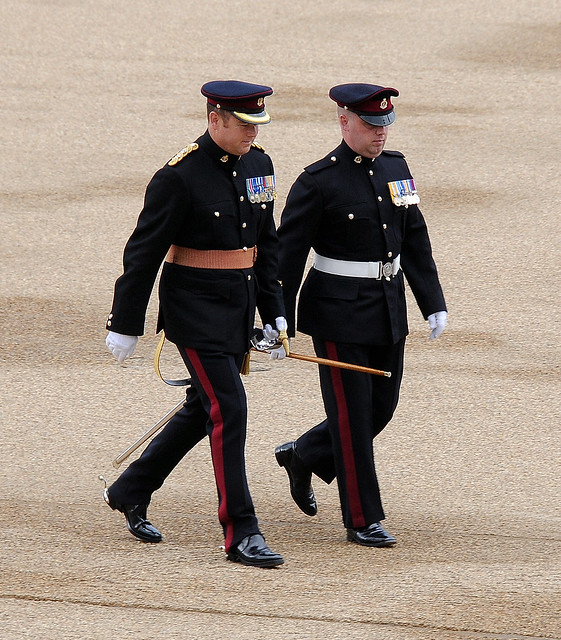 From the Court Circular:

“Her Majesty was present at The Queen's Birthday Parade on Horse Guards Parade this morning at which The Queen's Colour of the 1st Battalion Irish Guards was trooped.

The Troops on Parade, under the command of Lieutenant Colonel Benjamin Farrell, Irish Guards (Field Officer in Brigade Waiting), received The Queen with a Royal Salute.

On the conclusion of the Parade, Her Majesty drove in a carriage back to Buckingham Palace at the head of The Queen's Guard, preceded by The King's Troop Royal Horse Artillery, under the command of Major Neil Cross, the Massed Mounted Bands of the Household Cavalry, the Sovereign's Escort of the Household Cavalry, under the command of Major Thomas Armitage, The Life Guards, and the Massed Bands of the Guards Division.

On arrival at Buckingham Palace, The Queen's Guard entered the Forecourt and formed up opposite the Old Guard, the remaining Guards marching past Her Majesty. The King's Troop Royal Horse Artillery marched past The Queen and the Household Cavalry ranked past Her Majesty. Her Majesty, from Buckingham Palace, witnessed a fly-past by aircraft of the Royal Air Force, led by Squadron Leader Michael Sutton, to mark the official celebration of The Queen's Birthday.

Royal Salutes were fired today by The King's Troop Royal Horse Artillery in Green Park and from the Tower of London Saluting Battery by the Honourable Artillery Company, under the command of Major Christian Bobjerg-Jensen.”