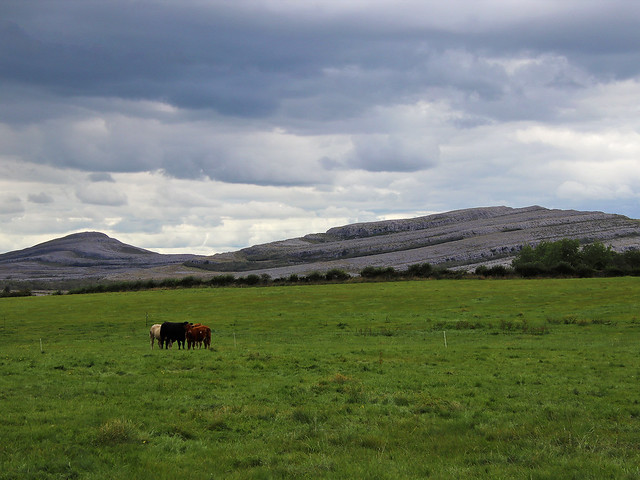 Land of the fertile rocks
Mullaghmore, a limestone hill in the compelling Burren landscape, seen from a location near the village of Kilnaboy, County Clare, Ireland

The Burren is a karst landscape centred in County Clare, on the west coast of Ireland. It measures around 530 square kilometres (200 square miles), within the circle made by the villages of Lisdoonvarna, Corofin, Gort and Kinvara. The Burren National Park covers only a small part of the Burren and is the smallest of the six National Parks in Ireland, while the adjacent territory, including the Cliffs of Moher, is included in the Burren and Cliffs of Moher Geopark.

The area includes such natural features as Aillwee Cave and Ailladie Cliffs, and historic monuments such as Poulnabrone Dolmen and Caherconnell Stone Fort, but its most interesting feature is probably its geology. The area is formed from a thick succession of sedimentary rocks, largely limestones but also including sandstones, mudstones and siltstones. All of the solid rocks exposed at the surface are of Carboniferous age, though they are underlain by Old Red Sandstone of Devonian age which in turn overlies rocks of Lower Palaeozoic age.

The limestones, which date from the Visean stage of the early Carboniferous, formed as sediments in a tropical sea approximately 325 million years ago. The strata contain fossil corals, crinoids, sea urchins and ammonites. Later in the Carboniferous (about 318 million years ago), the limestone was covered by darker sand and mud that later turned into shale and sandstone. These top layers protected the underlying limestone from erosion for millions of years before being largely stripped away by glaciers, except in the south west, where they still extend from Doolin to Slieve Elva, Lisdoonvarna, Kilfenora and the western shore of Lake Inchiquin.

Glaciation during the late Quaternary period (beginning about one million years ago) facilitated greater denudation. Glaciers expanded and retreated over the region several times. Of the last two periods the first was the more pronounced, covering the whole of the Burren, while the last advance of the ice cover was more limited, affecting only the eastern Burren. As a result, the Burren became one of the finest examples of glacio-karst landscape in the world.

Although the Burren is often called a "lunar landscape", it is renowned for its remarkable assemblage of plants and animals. Over 70% of Ireland's species of flowers are found there. By way of example 23 of the 28 types of orchids found in Ireland grow in the Burren, also including some unique forms, that don’t grow anywhere else in the country. Another prominent presence in the Burren’s limestone grikes are around 24 species of fern, such as the Mediterranean Adiantum capillus-veneris.

Of the more than 30 species of butterflies and moths found in Ireland only two are not present in the Burren. The region is also one of the main breeding areas of the European pine marten. Badgers, foxes, stoats and a wide range of bird species can be found in the Burren too, just like all seven species of bats present in Ireland. Along the coast live otters, grey seals. porpoises, dolphins and basking sharks. 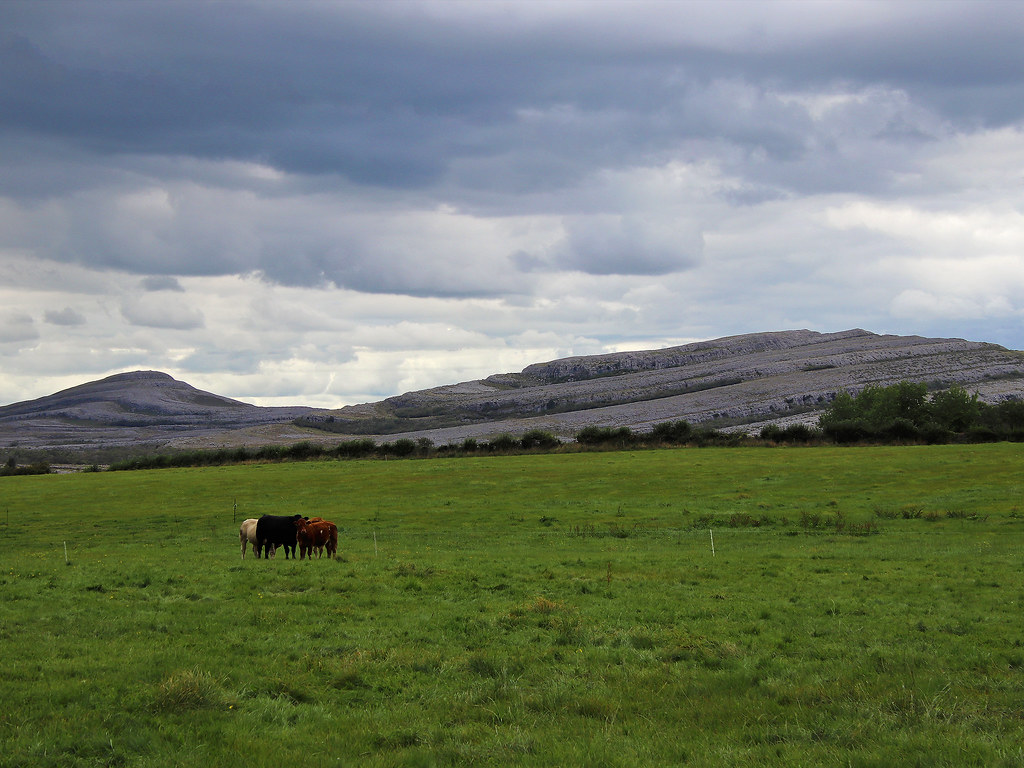 preview: Land of the fertile rocks on Flickriver