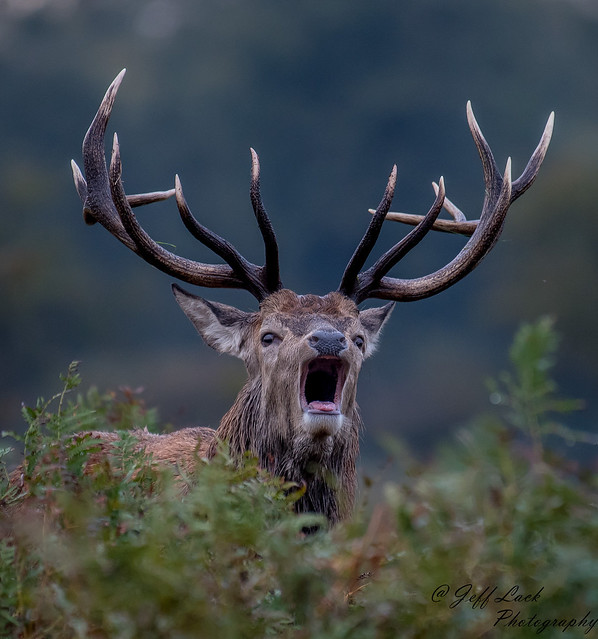 The red deer (Cervus elaphus) is one of the largest deer species. The red deer inhabits most of Europe, the Caucasus Mountains region, Asia Minor, Iran, parts of western Asia, and central Asia. It also inhabits the Atlas Mountains region between Morocco and Tunisia in northwestern Africa, being the only species of deer to inhabit Africa. Red deer have been introduced to other areas, including Australia, New Zealand, United States, Canada, Peru, Uruguay, Chile and Argentina. In many parts of the world, the meat (venison) from red deer is used as a food source.

The red deer is the fourth-largest deer species behind moose, elk and sambar deer. It is a ruminant, eating its food in two stages and having an even number of toes on each hoof, like camels, goats and cattle. European red deer have a relatively long tail compared to their Asian and North American relatives. Subtle differences in appearance are noted between the various subspecies of red deer, primarily in size and antlers, with the smallest being the Corsican red deer found on the islands of Corsica and Sardinia and the largest being the Caspian red deer (or maral) of Asia Minor and the Caucasus Region to the west of the Caspian Sea. The deer of central and western Europe vary greatly in size, with some of the largest deer found in the Carpathian Mountains in Central Europe.Western European red deer, historically, grew to large size given ample food supply (including people's crops), and descendants of introduced populations living in New Zealand and Argentina have grown quite large in both body and antler size. Large red deer stags, like the Caspian red deer or those of the Carpathian Mountains, may rival the wapiti in size. Female red deer are much smaller than their male counterparts.