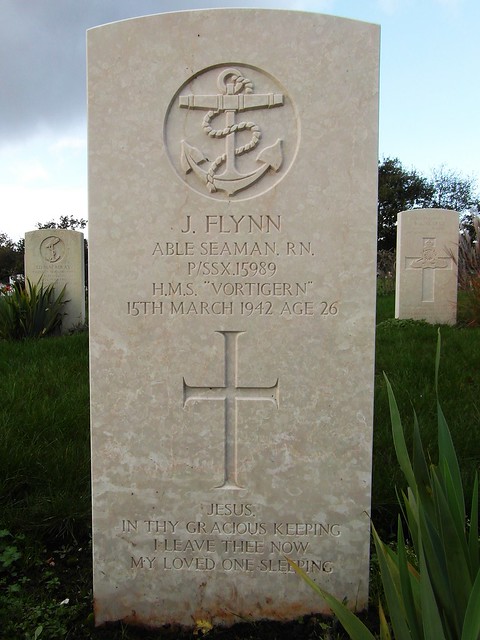 Motto: Virtus a majoribus : 'Our valour is from our ancestors'

The position of the wreck of HMS Vortigern is 53 05 725N 001 22 159E. The wreck today is very broken in 20 m of water, widely dispersed with items of wreckage up to 400 m from the main site.
Due to the wrecks position it was seen to be a hazard to shipping. Despite the site being a war grave, Vortigern was dispersed with the use of explosives and wire swept to a clear depth of 19mtrs. The site is now protected under the Protection of Military Remains Act 1986. Diving on the site is permitted, however the removal of items and disturbance of the site is prohibited.

A/B John Flynn (P/SSX 15989) was aged 26 and was the son of Michael and Mary Ellen Flynn, of Oldham, Lancashire and husband of Alice Flynn (nee Scoltock), of Oldham. His body is buried in Lowestoft (Normanston Drive) cemetery in Sec. 25. Grave 517 North.

Other members of Vortigern's crew buried in the cemetery at Lowestoft are:

Petty Officer Frank Herbert Blundell's (P/JX 129088) body was washed up at Cromer one month after the sinking. He was aged 31 and is the son of Ernest and Louisa Blundell and husband of Iris Muriel Blundell, of Ryde, Isle of Wight, Hampshire. He is buried in Cromer No. 2 Burial Ground, Sec. D. Grave 31.

The V & W Destroyer Association held a memorial service at Lowestoft in May 1995 for the men who died when HMS Vortigern was torpedoed and presented her bell to the local naval museum. 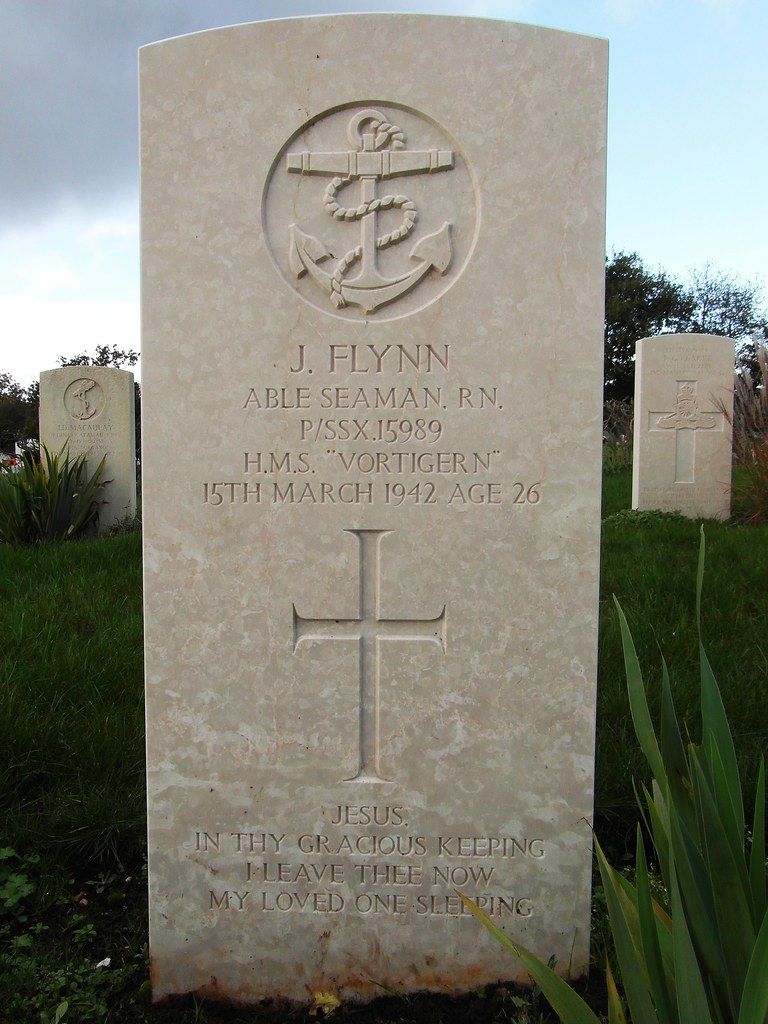